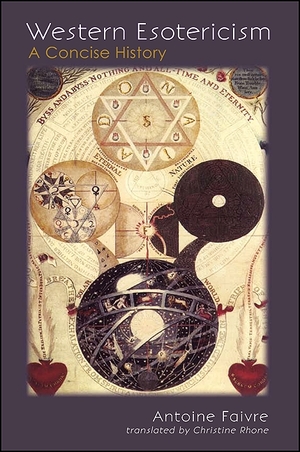 Widely received in France, this brief, comprehensive introduction to Western esotericism by the founder of the field is at last available in English. A historical and pedagogical guide, the book is written primarily for students and novices. In clear, precise language, author Antoine Faivre provides an overview of Western esoteric currents since late antiquity. The bulk of the book is laid out chronologically, from ancient and medieval sources (Alexandrian Hermetism, Gnosticism, Neoplatonism), through the Renaissance up to the present time. Its coverage includes spiritual alchemy, Jewish and Christian Kabbalah, Christian theosophy, Rosicrucianism, Illuminism, “mystical” Freemasonry, the “occultist” current, Theosophical and Anthroposophical Societies, the Traditionalist School, and “esotericism” in contemporary initiatic societies and in New Religious Movements. Faivre explores how these currents are connected, and refers to where they appear in art and literature. The book concludes with an annotated bibliography, which makes it an essential resource for beginners and scholars alike.