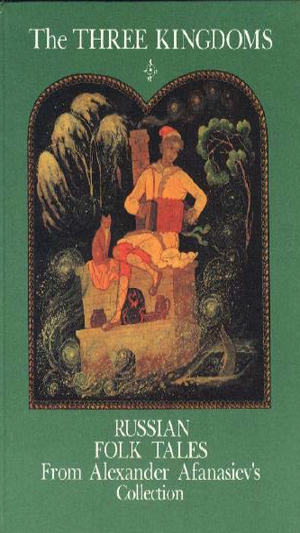 An illustrated collection of thirty-four traditional Russian tales including “Ivan the Fool,” “The Fire-Bird and Princess Vassilissa,” and “The Wise Maid and the Seven Robbers.”

Alexander Nikolayevich Afanasyev (23 July 1826 — 5 October 1871) was a Russian Slavist and ethnographer who published nearly 600 Russian fairy and folk tales, one of the largest collections of folklore in the world. The first edition of his collection was published in eight volumes from 1855 to 1867, earning him the reputation as being the Russian counterpart to the Brothers Grimm.