Samhain in the Avalonian tradition 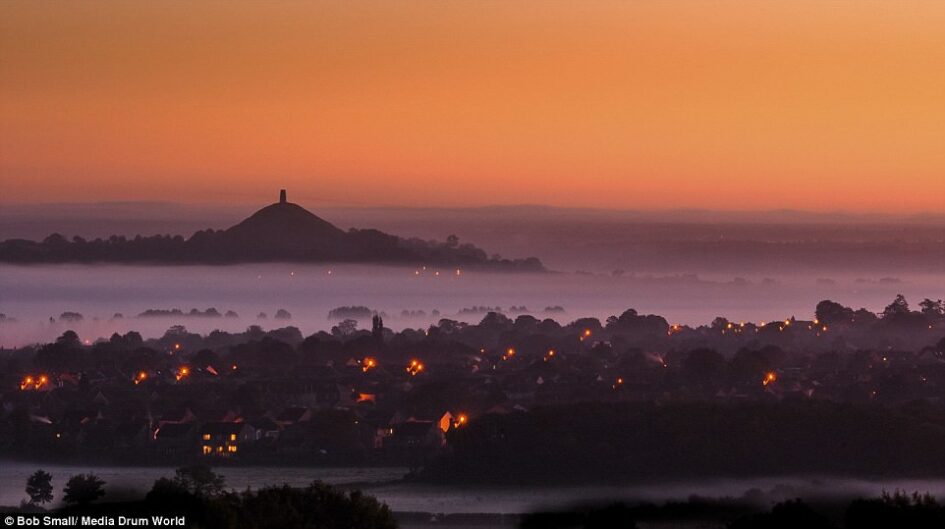 Samhain in the Avalonian tradition

The festival of Samhain, a period that begins with the new moon in October and ends around 11 November, the current Christian feast of St Martin, represents a passage, a threshold between the end and the beginning of a cycle of the year. It is the end of the summer period and the beginning of the darkness and cold of winter, the eternal rule of the goddess Cailleach, the ‘Old Woman’, the Queen of Winter.

The green season ends and the life of the seed begins in the underworld. Samhain is the time of the last harvest and the last fruits, of preparation, of darkness, of cold, of silence and rest, of the process of death and rebirth. In this period outdoor activities end and all growth takes place in darkness. Between 31 October and November 1 is the culmination of the Descent, the descent into the depths of ourselves to learn and change our perspective. Samhain is the Celtic New Year, the time when the veils between the worlds are at their thinnest, a time beyond Time and Space, allowing the living to connect with ancestors, gods and fairy beings.

According to Arthurian legends, King Arthur was taken to the sacred island of Avalon, accompanied by three women (the Goddess in her three aspects) after the battle of Camlann, to be healed of the wounds inflicted by his son Mordred. But King Arthur, symbol of the Arthurian tradition of the King of Avalon, does not really die, but sleeps, awaiting awakening and a new battle. He is the Dark Lord who descends into the underworld and is then reborn as a new child Sun at the winter solstice. Avalon itself, according to legends, is an island where the dead dwell, the so-called Celtic Otherworld. It is a sacred place, a realm that can be easily accessed from both the Spiritual and the earthly Realities. Men, gods, priestesses, heroes and fairy beings dwell, meet and constantly exchange knowledge in Avalon.

In Ynis Afallach, or “the Island of Apples”, the regency of this particular period is entrusted to one of the five families of the Clan of Priestesses, called Shide. With their amber-coloured hair and white robes, these priestesses are peculiar to the autumn period. The qualities of this family are elegance and refinement, but also a very fickle nature: their moods change as often as the gusts of wind. The Shide have a great sense of justice and are always ready to help those in need. The feast of Samhain is in the middle of this family’s period, and the main star of reference is Antares, the big red star and the brightest in the constellation of Scorpio, which has its heliacal rising on this day.

On Samhain, the veil dividing the earthly and spiritual worlds is thinner than ever, becoming an open door between the dimensions of time and existence, allowing us to receive messages from people who have crossed the threshold of life. In addition, we honour and celebrate our dead, the spirits of the Afterlife and our dear ancestors through the divinatory arts and stories that were told. Every sacred fire, both domestic and altar, is extinguished and then rekindled the next day. Samhain is a time for introspection, for emptying the false of our mind, heart and soul. It is a time when we look at death hopeful and seeking deep meaning in it. In this celebration, the Shide priestesses are divided into four groups, which are arranged at the four cardinal points to form a circle, and each group of the family is arranged exactly along the magnetic orientation of the earth. After a long sigh, all together the priestesses raise their arms invoking the four winds (Tramontana, Levante, Mezzogiorno and Ponente) that will flow towards them. This is a purification rite, an act of rebirth that serves to sweep away all those heavy energies that are no longer needed. In the period between 23 September and 31 October, the individual is left to mature, to understand the shadows within him, until he reaches full awareness so that he can get rid of them with the rite of 31 October. The end of the rite is when the four parts of the family together lower their arms and the winds cease. Through this rite each year a person can start out clean and free from what is no longer essential in his life.