The winter solstice in the Avalonian tradition 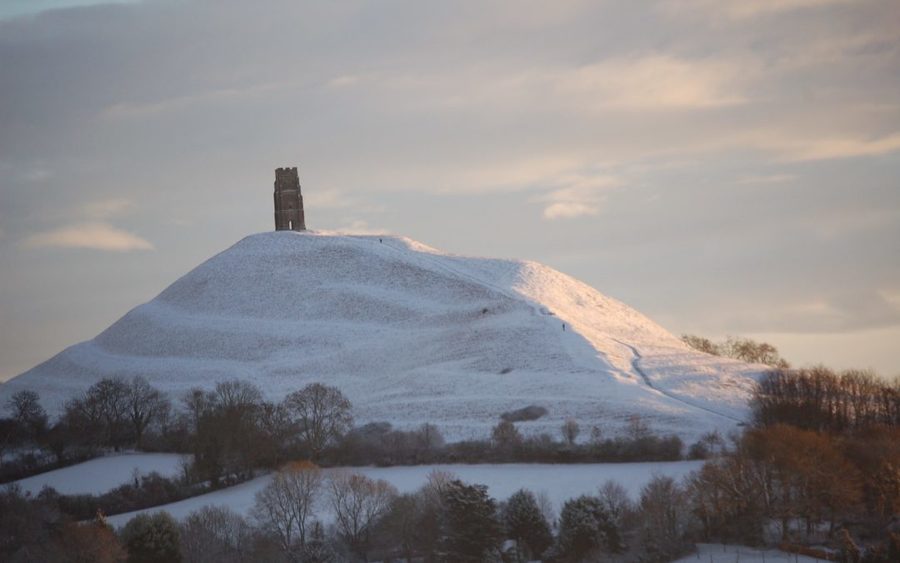 The winter solstice in the Avalonian tradition

The winter solstice, traditionally celebrated on 21 December, is the darkest point of the year, where there is the full triumph of Night. In Celtic tradition, 21 December has many names and is also called Midwinter, Yule or Alban Arthuan. The term ‘Alban’ designates festivals of light, while ‘Arthuan’ means ‘Arthur’, making the name of the festival translatable as ‘Arthur’s Light’. According to folklore, King Arthur is said to have been born on the day of the winter solstice, associating the mythical King with the god Lugh, both spiritual and earthly rulers. For the Celts in fact, the one who is born on the Solstice as the new sun is Lugh, who is kidnapped after three days of life and hidden away from home to escape his grandfather Balor, the Giant of the Fomorian demons. The winter solstice is also the gateway into the middle of the period of Giamos, the inner dwelling of Winter. Giamos in Irish tradition represents the reigning cosmic principle in the dark second half of the year, i.e. winter, night, the chthonic deep, death and the cosmos in chaos. The Scots referred to the depths of winter as Dúdlachd, meaning ‘darkness’. This festival in the Coligny Calendar is referred to as Deuoriuos Riuri which means ‘The Great Divine Festival of Frost’.

The winter solstice is therefore a profound moment of inner transformation and rebirth. On the Sacred Island of Apples, the King of Avalon is Dark, it is the Old Sun that dies and dwells in the Underworld for three days, then transforms into the Child Sun that is reborn from the womb of the Goddess: at dawn the Great Mother Earth gives birth to the Sun God. Although the coldest days of winter are yet to come, the rebirth of the Sun is a promise that spring will return. The Goddess gives birth to the new God, representing the rebirth of Light from Darkness, and it is the time of year when the spirits of the Earth are urged to rest, to prepare for the work that will be involved in giving the Earth back its new buds of life with Spring. As the year draws to a close, the hours of daylight are shorter and shorter, until the day of the winter solstice, one of the most dramatic transitions of the year. The night of 21 December is the longest of the year, when darkness triumphs, but already prepares the way and transforms itself into light. The priestesses of Avalon who preside over the winter period are the Diale, one of the five families of the Clan of Priestesses present on the Sacred Isle. The Diale, in their attributes and personalities, are the manifestation of winter energy: their hair colour is blue and they all wear a bright white tunic, as white as snow. Their characteristic object, which distinguishes them from other families, is a necklace of intertwined branches with a small blue crystal as a pendant. Of all the priestesses, they are the most refined and extroverted, but they have an icy temperament, they are impassive to the emotions of others; only with their own emotions do they manage to warm their souls and a glance from them is enough to arouse strong emotions. Like snowflakes, they are endowed with gracefulness, delicacy and purity. On the eve of the winter solstice, all the Diale priestesses wait all night for dawn, when the moon gives way to the sun, which returns with its rays to warm the earth and make it fertile. At dawn, the Diale form a circle holding hands, close their eyes and concentrate, and form a cloud of frost that envelops them, creating an impenetrable circle. The priestesses of the other families form a circle around the Diale, but they stand still, as it is the Diale family that performs the ritual. The princess of the Diale begins to invoke winter, followed by the choirs of the other Diale. On this night, one lets go of one’s fears, doubts, worn-out ideas and old patterns. One lets go of the Past in order to walk towards the future Light. Finally, the princess lights a white candle, a symbol of coldness and purity, and asks the flame to burn and remain burning in each of the hearts of the priestesses during this winter period. For the Light coming from the Sun of Yule is no longer the same as in previous months, but is weak and will increase its warmth with each passing day.